Posted on 5 May 2020 Categories: Advocacy, Copyright, News No comments yet

A new court decision condemns certain ‘fair use’ guidelines by the educational sector, but doesn’t support the mandate to pay the fees set by Canada’s copyright board. 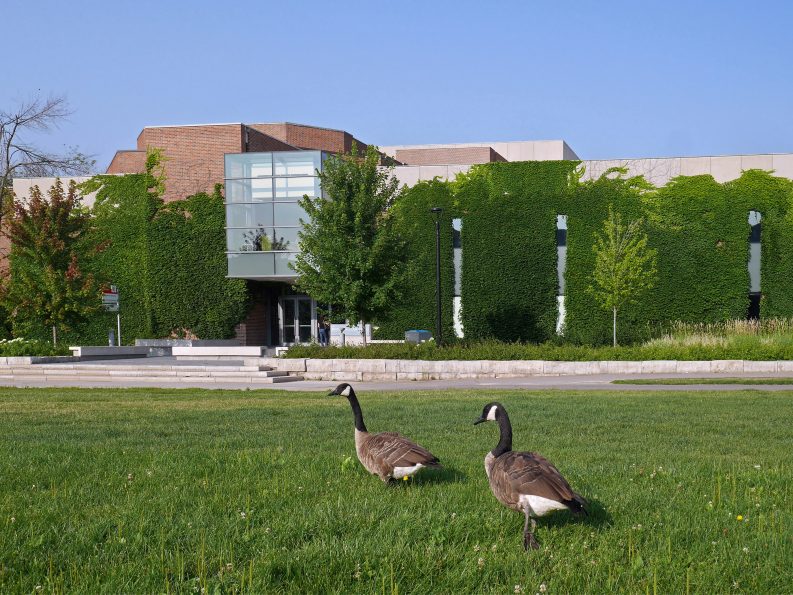 ‘Illegal and Unfair Copying on a Systematic Basis’

After an ominously long pause in news around Canada’s bitterly contested Copyright Modernization Act of 2012, the Association of Canadian Publishers (ACP)  has issued a statement of “frustration and disappointment” over an appellate court’s decision.Because the process of a five-year parliamentary review coasted to a standstill with last autumn’s elections, we should quickly review what’s at issue here.

The legislation involved and the long, heated hostilities around it have made the Copyright Modernization Act in Canada internationally criticized by the world’s community of copyright advocates and specialists, especially in the book publishing fields. In some cases, the Canadian affair has helped alert other international book business markets to the digital-era dangers of badly conceived, overzealous and heavily implemented changes to copyright law, almost inevitably called “modernization” efforts.

Publishing Perspectives readers will recall that Copyright Clearance Center’s Michael Healy covered several of these instances in our Spring Magazine.

In its simplest terms, the new April 22 decision—relative to an original ruling that favored the publishers in the summer of 2017—says that the educational community has acted wrongly but that schools and universities are not required to pay the licensing fees certified by the copyright board.

This new decision, as described in media messaging from the association’s executive director Kate Edwards, asserts that while the “fair dealing” guidelines used by the Canadian education sector “do not meet the Supreme Court’s test for fair dealing, it did not uphold the decision that tariffs certified by the copyright board are mandatory.

“In essence,” Edwards says, “the decision reaffirms that the Canadian education sector has engaged in illegal and unfair copying on a systematic basis—and makes the prospect of enforcement for small- and medium-sized publishers impossible.”

In further comment on the situation, Edwards says that through the federally mandated collection agency, Access Copyright, “Canadian publishers have participated in the copyright board’s multi-year tariff process in good faith, and with an expectation of fair and reasonable compensation for the use of their content. The court of appeal’s decision on mandatory tariffs makes future engagement in this process futile, and leaves small- and medium-sized rights holders in the untenable position of pursuing compliance on their own, rather than through their collective.”

Announcing that the publishers association is “frustrated and disappointed” by this turn of events, the organization now fl

“At the same time, amendments have limited statutory damages for non-commercial use to a point that enforcement is impractical. Urgent action on the part of the federal government is needed to implement reforms that will correct market damage and provi

de a policy framework that supports future investment in Canadian writing and publishing.”atly calls the Canadian market’s copyright framework “broken,” writing, “Amendments made to the copyright act in 2012 opened the door to illegal and systematic copying by the K-12 and post-secondary education sector, which has now accrued cumulative liabilities of more than $150 million (US$105.2 million).

And this appears to be the last hope for an equitable resolution in the courts. As Edwards writes in her comments, “The court of appeal has confirmed that the guidelines remain unfair. It’s time for the education sector to come back to the table, negotiate with rights holders, and ensure the content they use is compensated.”

Briefly, the disputes around the Copyright Modernization Act have to do with the scope of “fair dealing” (also called “fair use”) in educational settings in Canada.

“Urgent action on the part of the federal government is needed to implement reforms that will correct market damage and provide a policy framework that supports future investment in Canadian writing and publishing.”Kate Edwards, ACP

Since the implementation of the 2012 act in 2013, universities in the English-language Canadian market have worked along the lines of a “10 percent” approach, which other educational institutions, including K-12 schools, have then adopted. In some university settings, instructors have copied up to 10 percent of a book, or a full chapter, and to then distributed this copied material to students without a publisher’s permission and without paying a licensing fee, sometimes called a tariff.

At the height of what turned into a furious standoff between educational entities and the publishers, all the school boards in Ontario and the ministries of education for all Canadian provinces except British Columbia and Québec filed a lawsuit in February 2018 against the government’s copyright collection agency, Access Copyright.

And what the Association of Canadian Publishers—which represents the Canadian-owned English-language houses—had seen as its greatest victory was a July 12, 2017, ruling in Access Copyright v. York University from the federal court of Justice Michael L. Phelan, who wrote in his decision that the Modernization Act’s guidelines as interpreted by York University were unfair and that tariffs (those licensing fees) certified by the country’s copyright board are enforceable.

Our full write on the court’s 2017 is here. To refresh you quickly, Justice Phelan wrote, in part, “The fact that the guidelines could allow for copying of up to 100 percent of the work of a particular author, so long as the copying was divided up between courses, indicates that the guidelines are arbitrary and are not soundly based in principle.

“York has not satisfied the fairness aspect of the quantitative amount of the dealing,” Phelan writes in his decision. “There is no explanation why 10 percent or a single article or any other limitation is fair. Qualitatively, the parts copied can be the core of an author’s work, even to the extent of 100 percent of the work.”

And Phelan struck down the concept that York and other educational venues had cited, that of being able to “opt out” of paying licensing fees if they wanted to, fees which normally are covered by a several dollars per student per academic term. To accept that educational institutions could simply decide not to participate in the collection of funds federally mandated in the creation of Access Copyright would, the court wrote, certainly lead to economic damage to publishing.

“It is almost axiomatic,” reads the court’s conclusion, “that allowing universities to copy for free that which they previously paid for would have a direct and adverse effect on writers and publishers.”

Now, in light of the new decision from the appeals court, the association’s Edwards writes, “The education sector’s ‘fair dealing guidelines’ were unfair when they were adopted in 2012, and they were unfair in 2017 when the federal court ruled on the York case.”

More from Publishing Perspectives on the Canadian market is here. More from us on the Copyright Modernization Act is here, and more on other copyright issues is here.