Nathan Bennett was born in the UK but bred locally in what’s currently the rather sad city of Christchurch. He works as a community support worker and loves to read and write in his spare time. Since graduating from the Hagley Writers’ Institute in 2010 he has landed short stories in Landfall, Takahe, JAAM and was shortlisted in the 2015 Carve magazine (US) short story competition.

The piece for which he’s blessed to receive an assessment is a novel entitled Me and Mitt Romney which he wrote as a reaction to current world events, aging, and his love for the great American postwar writers.

Whitney Cox was born in the US, raised in Christchurch and now lives in Whanganui. She studied political science and media studies and spent years working as a copywriter, which was great training for meeting deadlines, before deciding that she’d rather work on fiction.

The novel in progress, Flight, began as a folio project during her MA year at the IIML at Victoria University. The book explores trauma recovery and has been revised with the support of a NZ Mental Health Media Grant.

I have always been interested in exploration and mapping; and wanted to write about this subject after travelling through much of Central Asia and India. It gave me the opportunity to spend time in many of the areas in my manuscript, like Afghanistan, Turkestan and the oasis settlements around the dreaded Takla Makan desert.

When I am not writing, I work as a Business Improvement Consultant. I live in Wellington now, after recently living and working (for a multinational) in Australia, Germany and USA.

Susan Edmunds is a journalist and mother to two small children, working from home in Whangarei. She has an arts degree majoring in medieval history that will hopefully prove useful one day, and a diploma in journalism. She spends her days trying to do phone interviews while playing trains, making playdough and carting kids around, and her nights writing news stories, drinking tea and trying not to fall asleep too early.

Despite prolific scribbling as a child and teenager, she only returned to writing fiction in January. She also writes a parenting blog, That Family. She is delighted to have been chosen as a participant in 2017’s CompleteMS assessment programme. 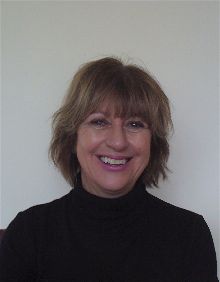 Lynette Hagenson grew up on a farm on the Awhitu peninsula, one of five sisters. Her first self-published book was ‘When I grow up I’m going to be a wife, a mother and a writer.’ A few husbands, two children and five decades later, Lynette completed her first real book, Certifiably Sane – the true story.

This manuscript is the result of twenty years research into the life and death of Mary Bennett, an accountant who accidentally married a psychopath. Lynette lives with her family in inner city Auckland and the Coromandel. She is very appreciative of the opportunity provided by the NZ Society of Authors to help move her comedy-mystery about memory and identity closer to publication.

To be a 2017 CompleteMS recipient through NZSA is to bring that sought after outside eye to the work. Other is a first collection of poetry on race that responds to the plight of refugees as they flee and enter Europe 2015-16 along with a past that it lifts and disturbs.

The writing has been shaped by a degree in English, ESOL teaching in Cairo, Stockholm and NZ, largely to refugees, a duty of care for family (Alzheimers), travel, and being in therapy.

Poems have been published in London Grip, Manifesto Aotearoa, Otago University Press, 2017, in A fine line, and placed in the ‘NZ Poetry Society’s 2016 Competition’. Short fiction appears in Takahe Vol 64. A first novel is unpublished.
A return to the University of Canterbury for creative writing papers, and the chance to read / audit the Modern Poetry paper on a Poet’s Award, 2016, and reading open mic at the Canterbury Poets’ Collective, have all made the kind of difference to the work that I think the CompleteMS assessment will make, as long as I keep up my end of the bargain — the silent room, the hours.

Jenna is an editor, writer, facilitator and coach currently working as an internal communications manager. Originally from the US, she has called New Zealand home for nearly 20 years, residing with her partner and two teens in the seriously underrated seaside community of New Brighton, Christchurch. Jenna completed the Hagley Writers’ Institute in 2010 where the first inklings of the manuscript accepted for this assessment got its tentative start. She makes time to write every morning before her family wakes and it’s time for the get-ready-for-school-and-work hustle.

Jenna was runner-up in the 1999 and 2014 Christchurch Poetry Slams and her writing can be found in several journals including or forthcoming in Popshot, BOMB, Star 82 Review, Poetry NZ, Headland Journal, Takahe, and Flash Frontier. She is the current secretary for the South Island Writers’ Association. 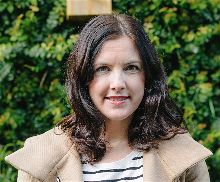 Rohan is a communications professional and trained journalist who grew up in the Bay of Plenty. She completed the Faber Academy’s Writing a Novel course in 2015, while living in London, where she also drew inspiration for her first novel, Drawing Grace (the manuscript submitted for the MS programme). Set during and after WWII, it tells the story of Grace, who at eight-years-old is separated from her family and evacuated from London to Wellington to escape the dangers of the approaching Blitz.

Rohan is currently working on her second book, a children’s novel about how one curious mind can transform the lives of many. She lives in Auckland with her partner and two cats.

Gillian Roach is an Auckland poet and fiction writer. She has a BA in English literature and language from Victoria University, and a diploma in journalism. She received a NZSA mentorship (with James George) in 2013 to work on her YA novel Hill Top. She is delighted to be part of the Complete MS Assesment programme to help progress this novel, which focuses on themes of religion and power.

Gillian completed the Master of Creative Writing at AUT in 2016. For the MCW she worked on a poetry collection, Bread Winner, exploring the question, What do you do? 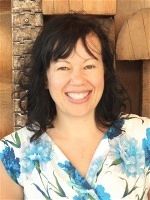 Trina is a communications and marketing professional currently at home with a baby and about to return to the workforce part-time. She says becoming a mother at 42 is ‘hands down the hardest thing I have done’.  She is the author of two picture books The Old Frangipani Tree at Flying Fish Point (2008) and Stolen Girl (2011) published by Magabala Books in Australia.

She is currently reworking Smart Alex a book for older children about a so-called boy genius and his attempts to be cool in spite of his deeply embarrassing hippy family.

Helen Tau’au Filisi is an avid artist, writer and educator. After completing her first Masters degree majoring in Geography at Auckland University in her early 20s, she enrolled into Albert Wendt’s creative writing class as one of twelve but felt that she didn’t quite have enough life experience to write. That all changed after she taught at a South Auckland high school for a few years then moved onto Ministry of Education contracts followed by teaching in tertiary education and now shares a passion for Indigenous research at Te Wananga o Aotearoa with overseas travels peppered in between.

After gaining a second Masters degree in Creative Writing at AUT in 2013, it assisted in propelling her to self publish her writings in 2015 with currently 11 books in circulation including: 5 bilingual English/Samoan picture books, 5 Pasifika plays and a collection of poetry. This year she launched her first art exhibition “Pacific Hibiscus” funded by the Mangere Otahuhu Local Board which is also funding her to support other local writers in the Mana Mangere writers collective to produce a collection of stories and poetry from local writers.

Helen is currently working on releasing her first YA young adult novel for which this application was intended for. When Helen is not writing, painting or reading she is a busy wife to Tofilau Fritz and mother to three amazing children and planning on their next overseas trip to a tropical destination.” Image courtesy King Kapisi. 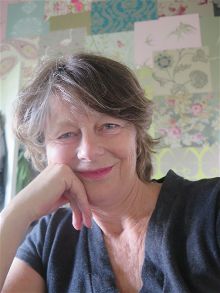 Yvonne van Dongen is an award-winning journalist and former travel editor of the New Zealand Herald and onHoliday magazine. She occasionally dabbled in fiction winning the NZSA Northland short story competition in 2006 before diving into an MA in Creative Writing at the IIML last year. Her novel is set in Christchurch, the city she grew up in, and Kalgoorlie, a city she visited several times as a travel writer. Yvonne lives in Auckland.