Posted on 3 June 2021 Categories: Awards and Grants, News No comments yet

‘You Feel You’re Being Hypnotized’

What jury chair lucy Hughes-Hallett today (June 2) has called “an appalling book” and also a book of “incantatory language,” At Night All Blood Is Black has won the International Booker Prize, the news being digitally announced this evening from the ruins and soaring rebuild of the cathedral at Coventry—currently designated the United Kingdom City of Culture. The ceremony is embedded for you at the end of this article. The Booker program has made what many will see as quite a brave choice. At Night All Blood Is Black is the sometimes macabre story of a Senegalese soldier’s mounting madness, having been unable to end his close friend’s life after his “soul brother” is nightmarishly wounded on the Western Front in World War I. 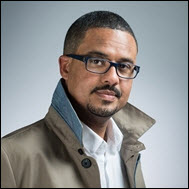 “Ah, Mademba! How I’ve regretted not killing you on the morning of the battle, while you were still asking me nicely, as a friend, with a smile in your voice! To have slit your throat in that moment would have been the last good bit of fun I could have given you in your life, a way to stay friends for eternity.

“But instead of coming through for you, I let you die condemning me, bawling, drooling, screaming, shitting yourself like a feral child. In the name of who knows what human laws, I abandoned you to your miserable lot. Maybe to save my own soul, maybe to remain the person those who raised me hoped for me to be, before God and before man.

“But before you, Mademba, I was incapable of being a man. I let you curse me, my friend, you, my more-than-brother, I let you scream, blaspheme, because I did not yet know how to think for myself.”

Author David Diop and translator Anna Maschovakis now split the £50,000 award, as is the International Booker’s tradition (US$70,831). In addition, each shortlisted author and translator (the shortlist is below) wins £1,000 (US$1,416).

‘An Extraordinary Piece of Narrative’

As Publishing Perspectives readers know, this is not the Booker Prize for Fiction. The Booker International Prize is a younger award established in 2005 to honor an author and translator equally for a work of fiction translated into English. 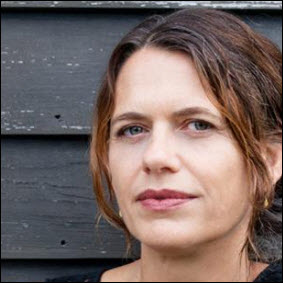 Published in France by Le Seuil in 2018 as Frère d’âme (Soul Brother), Diop’s book in Maschovakis’ translation to English was published in November 2020 in the United Kingdom by Pushkin Press and in the United States by Macmillan/Farrar, Straus and Giroux.

Since its release during the 2018 rentrée littéraire, the book has been widely honored, shortlisted for what the Booker Foundation says is 10 prizes in France and the winner of the Prix Goncourt des Lycéens, which is the version of that prize voted on by some 2,000 students.

It also won the Swiss Prix Ahmadou Korouma, awarded in Geneva by the Salon international du livre et de la presse, and Italy’s Premio Strega Europeo. Laura Cappelle, writing at The New York Times on Sunday (May 30) about the book, reports that it has sold 170,000 copies in France. The Booker Foundation says it’s being translated into 13 languages 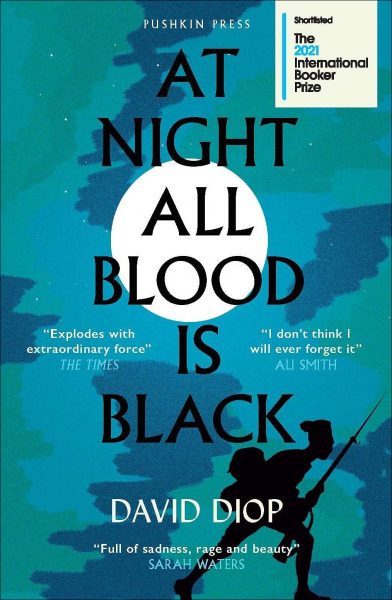 Diop, born in his mother’s France and raised in his father’s Senegal until his late teens, is the first French author to win the International Booker and teaches 18th-century literature at the University of Pau. At Night All Blood Is Black is his second novel.

His story of two tirailleurs, fighting under the French flag, is, in Hughes-Hallett’s insistent description in the Booker news conference, “a story about war but it’s also a story about love. About sexual love but also about the comradeship of those young men who fight together and the extraordinarily intense relationships of those who are fighting together.

‘The book is frightening,” she said, “and reading it, you feel you’re being hypnotized. Your emotions are all jumbled up, your mind is being opened to new thoughts. It’s an extraordinary piece of narrative, very powerful, very compelling.”

Its reception as an International Booker winner will be interesting to watch. The protagonist, Alfa Ndiaye, is so unmoored by the horrible death of his friend that he begins crossing enemy lines at night from the trenches to murder German soldiers and return with a hand from each of his victims. 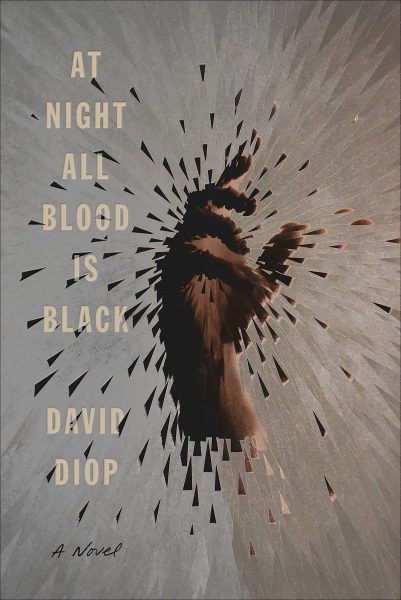 His pattern of vengeance becomes so disturbing, even in the profound terrors of the First World War’s slaughter, that his colleagues begin working to get him off the battlefield.

Latching onto the accusations of sorcery that eventually come Alfa’s way, Hughes-Hallet says that the book “put a spell on all of us” on the jury, although she conceded during the news conference, that the choice was not a unanimous one.

As Jessi Jezewska Stevens wrote in November for Foreign Policy, while as many as 10 million soldiers died in World War I, approximately 2.3 million Africans were engaged in support of the French and British armies, as were “hundreds of thousands of nonwhite soldiers and laborers from the colonized world, many of them Indian, as well as nearly 400,000 Black Americans.”

Diop’s Senegalese great-grandfather, the Booker team says, was silent about the war, and this influenced the author’s decision to write this novel, which, needless to say, lands in many circles as a point of reckoning with colonialist history as well as racist obfuscation. 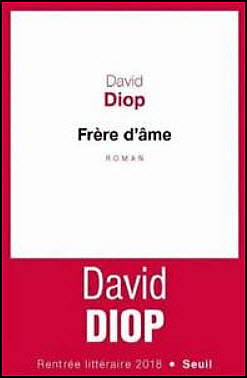 Hughes-Hallett is joined on the jury by:

Maschovakis, based in the United States, is not only a translator but also a poet and author. Her works include the James Laughlin Award-winning poetry collection You and Three Others Are Approaching a Lake, and a novel titled Eleanor: or, The Rejection of the Progress of Love.

Her translations from French include Albert Cossery’s The Jokers, Annie Ernaux’s The Possession, and Bresson on Bresson.

The US-based Crankstart, a charitable foundation, is the exclusive funder of the Booker Prize and the International Booker Prize.

Below is the ceremony from Coventry, streamed this evening to announce the news:

More  on both Booker Prize programs is here, more on translation is here, and more  on international publishing and book awards programmes is here.

Value of Validation: The Big Idea

Oratia Media has won the BOP Bologna Prize 2021 for Best Children’s Publisher of the Year, Oceania.