The winners for the 2017 Pikihuia Awards for Maori Writers were announced last week at Te Wharewaka o Poneke in Wellington.

This year the Pikihuia Awards received over 130 entries and judge Whiti Hereaka was appreciative of the large number of writers contributing their stories.

‘Storytelling in all its forms is an intimate exchange between the author and the audience – the author makes themselves vulnerable, exposing their humanity to make a connection between their words and the audience. Sharing your work is often a difficult thing to do, so I’d like to acknowledge all the writers that have chosen to do so’ said Whiti.

Fellow judge Robyn Bargh was pleased to see the tradition of M?ori writers in families strengthening. 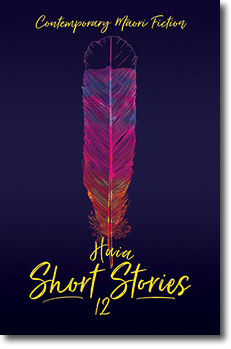 ‘These awards have been held every two years since 1993 and I continue to be amazed at the numbers and range of M?ori people who are writing. You may be interested to know that several of the students who are finalists are second or third generation writers, ie, they have a parent and/or grandparent who is a published writer. So, we are now seeing intergenerational M?ori writers’ said Robyn.

Stories from selected finalists feature in the latest short story book HUIA Short Stories 12 which was also launched at the 2017 Pikihuia Awards.

The winners and runners-up for each of the six categories are as follows: